How do I eliminate odors in my car?

odor and help stinky cars. It’s called Innofresh auto odor eliminator. You get the power of activated charcoal that traps and neutralizes odors, but also the convenient size and built in clip on feature on the back.

At Innofresh, we know without a doubt that our products work as we advertise. But it is also nice to receive testimonials and reviews from actual customers who have discovered the FRIDGE IT revolution. One of our many happy customers wrote this: “On a recent trip to Las Vegas, I took advantage of the very convenient Las Vegas taxi service. It wasn’t my first trip, so I expected perhaps a lingering odor coming from the last passengers’ cigarette smoke or some combination of spilled beer and I don’t know what….or, even worse, a combination of the
se odors with an overpowering scented air freshener – for a delivery of fruity smoke and beer s
mell!  To my surprise and delight, when I got in the back seat and settled in, there was no bad smells, no indication of previous smokers or lingering odor from last nights’ late night party and no scented air freshener hanging from the rear view mirror. Instead there it was – a Fridge IT. The cab driver had two in the car.  This one in the back and another up front.” 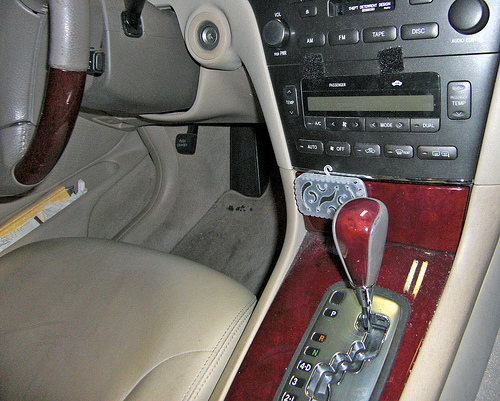 While you may feel like you put as many miles on your car as a taxi, your interior does not take the abuse. Yes, you may have a group of young soccer stars and their snacks, a hubbie who spills his coffee when he drives, and teens who think eating chili dogs with onions is just a natural everyday occurrence. Those onions can be a nose killer.

Don’t think that those little Christmas trees you hang from your rear view mirror are going to do the job. All they do is give off an artificial smell that irritates you every time you’re in the front seat. Your car will never have that new car smell again, but with the special Innofresh AUTO odor eliminator your car will smell fresh, clean and non-offensive. You can actually give your pastor a drive without cringing before he gets into the car!

We were happy to write a check to the EcoTrust this month.  It wasn’t a huge check but it was a start and we look forward to making larger donations as our business grows. In that spirit, we have selected our charity for Q1 2017, the King County Sexual Assault Resource Center.  In their words,… END_OF_DOCUMENT_TOKEN_TO_BE_REPLACED 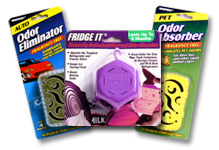